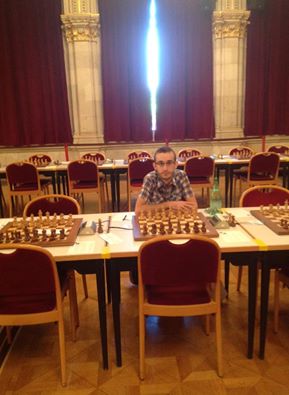 I made my best performance in the Erice International Chess Festival in which I won nice games, one of this against the strong grandmaster Jan Werle from Netherlands.

Here is possible see the game with my annotations

In Erice I played also other interesting games, one against the grandmaster Felix Levin from Germany

and another one against the FM Tycho Dijkhuis

As I said before I also played the Italian Semi-Final in which I won against the FM Francesco Bentivegna, here the game

In the Vienna Chess Open, my best game was my victory against Elisabeth Hapala