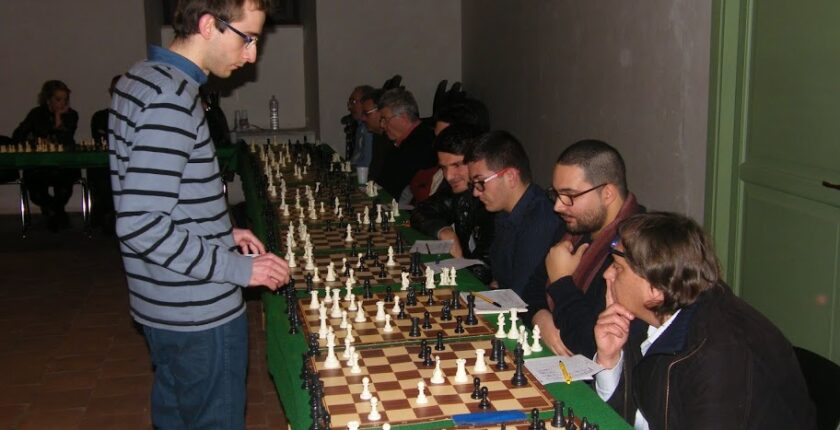 I had the pleasure to be invited in the first “Festa degli Scacchi” <Chess Festival> 2016, it was organized by the Chess Academy Don Pietro Carrera in Catania, it’s a very important city in Sicily near the Etna volcano.

This event took place during the 30 January until the first of February, there were a lot of events : Conference, Stages, Simultaneous Exhibition, Blindfold Tournament.

I have done a Stage about the Attack Strategy (30 January), in which I focused the attention about the most important ideas that a players must know when he tries to make an attack (center,space,weaknesses,pieces,open lines, etc.).

The day after I played a Simul against 35 players! After more than 5 hours of playing I won 24 games 7 draw and I lost 4 games